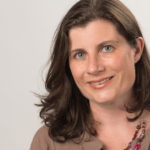 Away from work, Julie is a mother to three children, and plays violin at a high level, regularly participating in the Australian Doctors’ Orchestra as well as the local Melbourne medical group, Corpus Medicorum. She is passionate about breastfeeding, animal welfare and environmental issues also.