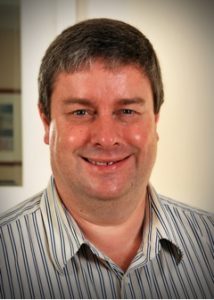 Associate Professor Paul McCrory is a consultant neurologist, general physician and sports physician with particular expertise in the area of traumatic brain injuries. He is one of the few sports neurologists in the world with dual specialist qualifications both as a neurologist and as a sport & exercise physician and is recognized as a global leader in the field of sports concussion and CTE.

Over the past 5 years, his research and academic career has included roles as leader of multidisciplinary research teams, establishing TBI research programs and as acting director of the University of Melbourne Centre for Health, Exercise & Sports Medicine. He currently holds an NHMRC Practitioner Fellowship and is based at the Florey Institute of Neuroscience and Mental Health in Melbourne.

In addition to a number of conference paper and poster awards he received the 2010 Duke of Edinburgh Prize, presented by the Royal College of Surgeons (Edinburgh), and is awarded for an outstanding contribution to clinical and/or research work in the field of sports medicine.

He has served on expert panels for the NHMRC (e.g. Boxing Injuries and Head and Neck Injuries in Football) and is Chair of the International Concussion in Sport Consensus Group and has organized the major consensus meetings in the field (Vienna 2001, Prague 2004, Zurich 2008 and Zurich 2012). The outcome papers for these are amongst the most highly cited papers in sports medicine. He is a Member of the Concussion/Mild TBI Subgroup for the US National Institutes of Health, National Institute of Neurological Disorders and Stroke. He is past president of the Australasian College of Sports Physicians and serves on both the Council of the British Association of Sports & Exercise Medicine (the UK equivalent for specialist sports physicians) as well as a member of the Board of the Institute of Sports & Exercise Medicine (UK). He is the former editor in chief of the British Journal of Sports Medicine (BMJ Publishing Group) from 2001-2008 as well as an associate editor of Clinical Journal of Sport Medicine (2008-) and serves on 5 other journal editorial boards.