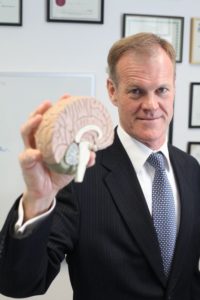 He returned to the Austin Hospital, Melbourne in 1995. In 1998 he was appointed inaugural Head of Unit, Department of Neurosciences, Box Hill Hospital – Eastern Health (Monash University) and later Director of Eastern Melbourne Neurosciences based at Box Hill Hospital (Monash University). In 2005 he was appointed a Medical Director of the National Stroke Foundation of Australia. In 2007 he was appointed Chairperson of the DHS Victorian Stroke Clinical Network Committee (VSCN), responsible for implementation of the Victorian Stroke Strategy. He has a strong interest in stroke telemedicine and in 2012 he was the recipient of Federal funding to commence the VicStroke project, which will deliver stroke telemedicine to hospitals in rural and regional Victoria.

He is now the Clinical Lead of the Victorian Stroke Telemedicine Program linking stroke specialists in Melbourne to Hospital Emergency Departments in rural and regional Victoria. Prof Bladin is active in stroke research and is a past chairperson, and current committee member of the Australasian Stroke Trials Network (ASTN). He is involved in many NHMRC funded research studies. He has a special interest in stroke thrombolysis, acute stroke brain imaging, and stroke telemedicine.