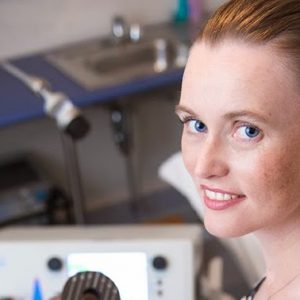 Doctor Kelly Bertram is a highly qualified Australian neurologist with international training in clinical neurology and a special interest in dystonia and other movement disorders as well as general neurology.

Her undergraduate medical training was undertaken at Melbourne University, where she obtained her medical degree in 2002. She was awarded the Peter G Jones essay prize in 2002.

Associate Professor David Williams is a highly qualified Australian neurologist with an international reputation for his clinical and research work in Movement Disorders, Headache, Muscle and Nerve disorders.

He is Adjunct Associate Professor of Neurosciences in the Faculty of Medicine at Monash University Melbourne, Honorary Senior Lecturer at the Reta Lila Weston Institute of Neurological Studies at University College London. He is visiting Neurologist The Alfred Hospital and Monash Medical Centre as well as numerous other private hospitals.His undergraduate medical training was undertaken at Monash University, where he obtained his medical degree in 1995. He was awarded the Harriet Power Scholarship for Medicine at The Alfred Hospital in the same year.His post-graduate training was undertaken in Melbourne and several hospitals in United Kingdom.